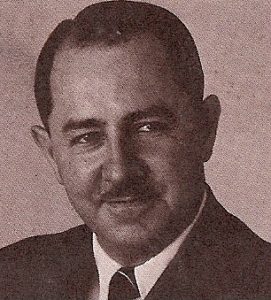 In the early 1960s, Globe-Union (which merged with Johnson Controls in 1978) sought to secure its share of expanding international markets.  To coordinate its international activities, Globe formed the Foreign Operations Division, which was renamed the International Division in 1964.

Another step Globe took to increase its international presence was the establishment in 1963 of a wholly-owned subsidiary, G-U Overseas Limited (GUO), which was headquartered in England.  The purpose of this organization was to develop a variety of joint venture activities involving the manufacture and sale of Globe products (including batteries, Centralab electronic components, and Wico magnetos) outside of the Western Hemisphere.

One of GUO’s first joint ventures was the formation of Centralab Ltd. with the British firm Sims Motors and Electronics Limited.  By 1966, Centralab Ltd. had opened an electronics assembly plant in Antrim, Northern Ireland.  In 1970, it acquired Stability Radio Components Ltd., a British manufacturer of capacitors for televisions and radios.

Among important GUO ventures concerning Globe batteries was a licensing agreement in 1965 with Accumulatorenfabrik Sonnenschein GmbH of West Germany to manufacture and sell Gel/Cell rechargeable batteries.

Also, Globe acquired FEMSA of Spain in 1966 and signed a licensing agreement with that concern allowing it to manufacture batteries using Globe-patented technology.

By 1970, Globe was exporting its products into 91 countries and had a portfolio of more than 25 overseas licensees manufacturing Globe products.