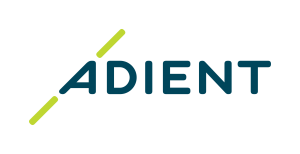 As reported in the Milwaukee Journal Sentinel:

“Shareholders of Johnson Controls now own shares in two public companies incorporated in Ireland, after the Glendale company completed its spinoff of its automotive seating business, Adient plc.

The formal separation of Johnson Controls from its automotive seating business was completed Monday, leaving the former ready to be seen as a truly multi-industrial company and leaving the latter unfettered to expand as it sees fit.

Creation of the two companies completes a dizzying few years of mergers and acquisition moves engineered by Johnson Controls executives that left the company’s top two executives, Alex Molinaroli and Bruce McDonald, each running their own show.

McDonald is chairman of Adient plc, the automotive seating business that Johnson Controls announced last year it wanted to spin off. Like Johnson, Adient also will have the lower tax rate associated with being incorporated in Ireland. It’s based in Dublin.

That spinoff was completed Monday, with shareholders of Johnson Controls International receiving one share of Adient for every 10 shares of Johnson that they held on Oct. 19.”