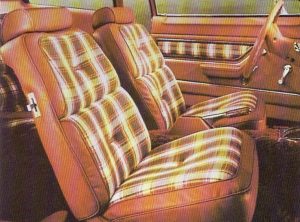 On February 26, 1975, Hoover Ball and Bearing Company (the company changed its name to Hoover Universal in 1978, seven years before it was acquired by Johnson Controls) bought a 35% interest in Manufacturas Jose Jover, S. A. (MAJOSA) of Barcelona, Spain for $1,650,000 in cash.

MAJOSA, which had annual sales in excess of $10 million, was a leading producer of urethane foam and other plastic products for the automotive and mass transportation industries.

At the time of the acquisition, MAJOSA was expanding its plant in Barcelona to produce metal seat frames and wire spring assemblies for the automotive markets in Spain and Germany.  However, plant start-up problems and a 20% annual inflation rate in Spain caused MAJOSA to incur large operating losses. As a result, Hoover was compelled to acquire another 34% interest in MAJOSA at a cost of $3 million in order to fulfill customer commitments.

In 1979, Hoover invested another $2,850,000 into MAJOSA to bring its interest in the company to over 80%.  Despite Hoover’s continued belief in MAJOSA’s long-term profitability and repeated cash infusions, MAJOSA was unable to operate at a profit.

In June 1980, Hoover, after a lengthy study, concluded that MAJOSA had no prospects for improvement in the foreseeable future and, consequently, sold its investment in MAJOSA to minority interest holders.