The Setting of Warren’s Salary

At the Johnson Electric Service Co.’s (Johnson Controls’ first name) board of directors meeting on July 1, 1885, a salary of $2,500 per annum for Warren Johnson was agreed for his duties as vice president, treasurer, and general manager of the company.

The salary, which in today’s dollars would be about $65,000, was rather modest compensation for the individual upon whose invention (the first electric thermostat) the company was founded two months earlier.  However, Johnson also held half of all stock in the company, which in the future would provide a substantial additional source of income for himself and his descendants.

Financier and first company president William Plankinton held the other half of the company’s stock. 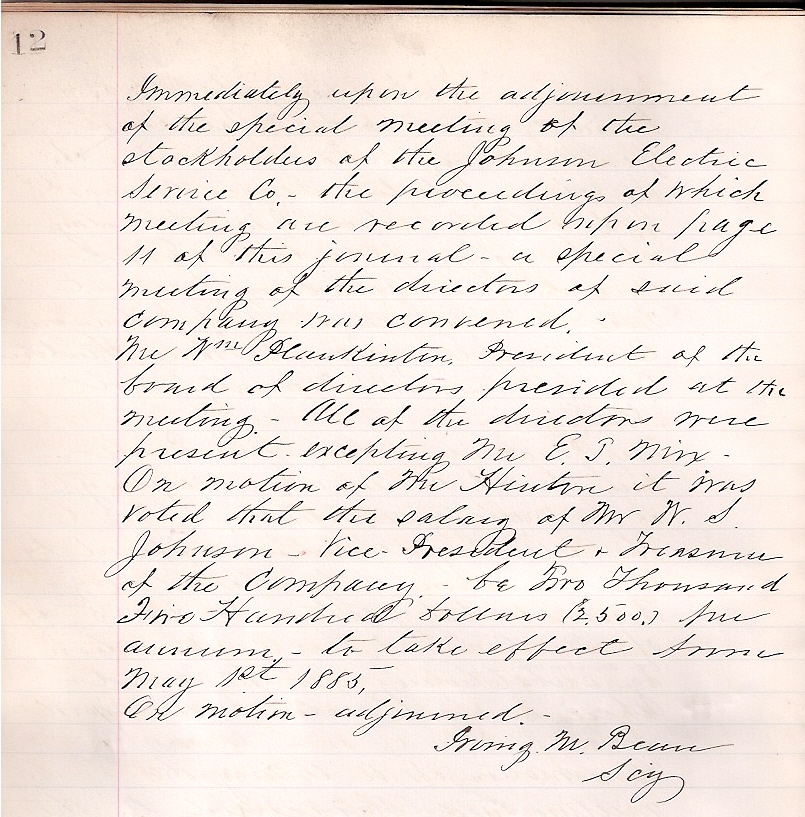 Page from the July 1, 1885 entry in the Johnson Electric Service Co. board of directors’ meeting minutes book that discussed Warren Johnson’s salary