Charles L. Fortier was granted patent no. 796,403 for his improvement to electric wave telegraph receivers on August 1, 1905.

The patent was granted while Fortier, an inventor and former telegraph operator, was with the American Wireless Telegraph Company (AWTC), a business he co-founded with Johnson Controls’ founder, Warren Johnson.

The AWTC was established on January 30, 1900 by the two men to develop and exploit the wireless radio technology they had been experimenting with since the year before.  A few months after the company was established, one of the AWTC’s early wireless devices won a silver medal at the World’s Fair in Paris. Interestingly, noted Italian inventor Guglielmo Marconi’s entry only managed to take third place (a bronze medal) at the Fair.

After Warren Johnson’s death in December 1911, AWTC was essentially dissolved the following March (although, for financial reasons, the company would not be legally dissolved until 1914). 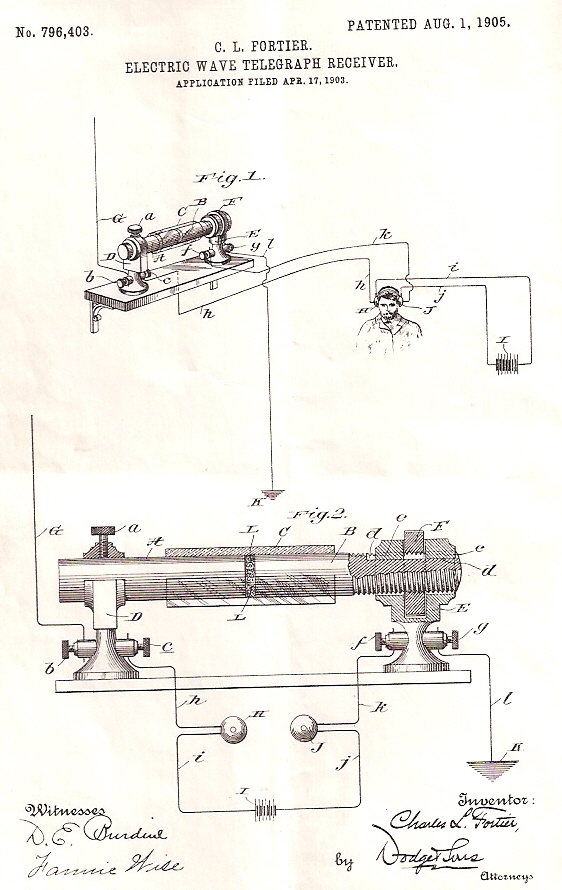