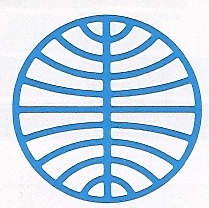 Pan Am World Services (PAWS) was founded on September 5, 1979 as a new wholly owned subsidiary of Pan American World Airways.

PAWS was actually a consolidation of several contract services divisions created by the parent company since World War II.

In 1968, the Aviation Division was created to build and operate the Metroport, a heliport located in Manhattan.

Finally, in 1976, the Base Support (Services) Division was created to provide virtually all non-military functions for the U. S. Navy’s West Coast Trident Sub Base at Bangor, Washington.