The accompanying article explained that Globe-Union (which was later acquired by Johnson Controls in 1978, marking the Company’s entry into the battery business) had licensed Japan Storage Battery Limited of Kyoto, Japan to use Globe-Union’s special techniques, designs, and processes in the manufacture of the advanced HV (high voltage) battery.

Introduced in 1962, the HV battery was generally recognized as an “industry first” for its internal design which provided for improved performance and higher output in cold temperatures.  The licensing agreement made the HV battery available for the first time in a foreign market.  Japan Storage Battery Limited was a major supplier to that nation’s automotive industry. 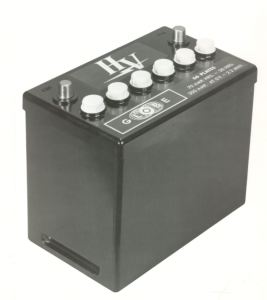 The HV (high voltage) battery was introduced in 1962