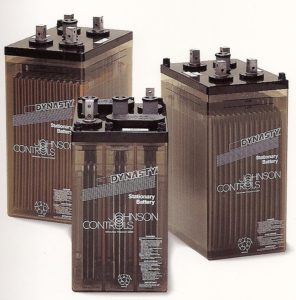 Johnson Controls sold its Industrial Battery Division to C & D Technologies, a producer and marketer of electrical power storage and conversion products, for $120 million in cash on March 1, 1999.

The Industrial Battery Division had sales of $87 million for fiscal year 1998.  It produced industrial batteries under the Dynasty brand name for the uninterruptible power supply needs of the telecommunications, broadband cable, and other industries.  Nearly 80% of the Division’s sales came in North America, with the remaining 20% in Europe and Asia.

The Division had its start in 1972 as a part of Globe-Union, which Johnson Controls acquired in 1978.  It operated one manufacturing plant which was located in Milwaukee.