Birth of Seymour Johnson, grandson of Warren Johnson and longtime company board member 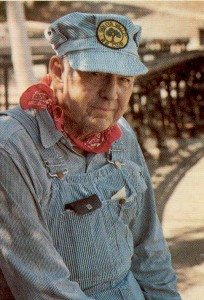 Seymour F. Johnson, the grandson of Johnson Controls’ founder Warren Johnson, was born in Milwaukee on May 7, 1901.  The only son of Paul Johnson (Warren’s first son), Seymour Johnson spent his childhood in Milwaukee and, later, moved to California with his parents and sister as a teenager.

Seymour maintained very close ties with the company that bore his family name, as he served on the Johnson Service Company’s (Johnson Controls’ former name) board of directors from 1946 to 1985 (he was an emeritus director of Johnson Controls at the time of his death in early 1992).

However, his greatest interests lay in radio and television engineering.  He bought out his father’s interest in the radio parts store his father had started in Pasadena, and operated it for several years.  In 1926, he began a twenty-five year stint at radio station KFI in Los Angeles, where he eventually became chief operator.  He also was put in charge of the installation and operation of the television station started by the same firm.

During World War II, Seymour served as a staff member at the Massachusetts Institute of Technology, where he worked on ship borne radar equipment, including the “echo box,” a device later manufactured by the Johnson Service Company that was used to calibrate radar systems.

After retirement, Seymour continued as a radio and television consulting engineer, and installed and operated the largest 7 ½” gauge miniature railroad in the country on his ranch near Santa Barbara.