Moving on from innovative plastics 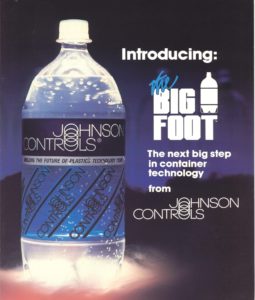 Johnson Controls completed the sale of its Plastic Container division (PCD) to Schmalbach-Lubeca/Continental Can Europe, a unit of the German Viag AG conglomerate, for $650 million on February 28, 1997.

Johnson Controls planned on using the sale funds to help finance the company’s $1.35 billion acquisition of Prince Automotive the previous October.  PCD was one of the businesses, along with automotive seating, that Johnson Controls acquired with its purchase of Hoover Universal in 1985.

Headquartered in Manchester, Michigan, PCD employed 2,100 workers in 27 plants in North America, Europe, and South America in the business of making plastic food and beverage containers for customers such as Coca-Cola, Perrier, and Pepsi.

PCD had annual sales of about $800 million, but had performed poorly in fiscal year 1996, as sales fell 10% as a result of increased competition and lower demand.

Johnson Controls CEO Jim Keyes remarked: “[PCD] has been a good business, although it had a tough 1996.  But long term, I think it’s a good business still.”