The contract book also notes that Miller paid $380 for the tanks and some extras in August of the same year.  The Miller Brewing Company was founded in Milwaukee by Frederick Miller in 1855 – making it one of the oldest businesses in Wisconsin (and thirty years older than Johnson Controls).

Miller was purchased by South African Breweries in July 2002 to form one of the largest brewers in the world – SABMiller plc.  On October 10, 2007, SABMiller and MolsonCoors agreed to combine their U. S. operations in a joint venture called MillerCoors.  SABMiller owns 58% of the unit, which operates in the United States but not in Canada, where the Molson Coors brand is strongest.  Molson Coors owns 42% of the joint venture. 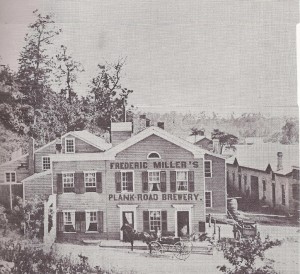