U of Guelph Starts a Digital Revolution! 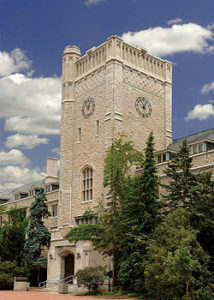 According to the Financial Post (a Canadian weekly) of March 8, 1969, Johnson Controls Limited in Toronto was to install Canada’s first computerized environmental control panel at the University of Guelph in Ontario.

Beginning on April 1, 1969, the system was to look after the climate in seven of the university’s buildings from a central location using a Scientific Data Systems Sigma 2 computer.  By 1980, the system was expected to control 70 buildings on campus.

An article in the March 1969 issue of Canadian Controls and Instrumentation also reported on the system, stating it would have the capability to start and stop any form of motor-driven equipment either on demand or by automatic time program.  In addition, the system would be able to provide alarms for fire, smoke, high or low temperature, high or low pressure, humidity, or any other sensor within any campus building. The system could visually indicate or log any process or environmental variable and reset control points on demand as well.

The University of Guelph, with its roots dating to the 1870s, was created by the Ontario government in 1964 as a result of the combining of three colleges.