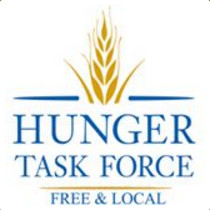 Put the need of the Hunger Task Force together with the Johnson Controls team led by Suzanne Boulton and good stuff happens!

Suzanne and her team have been doing this kind of work for 14 years. They are experienced, dedicated, and they enjoy working together.

This year Suzanne opened the opportunity to work with her team to Johnson Controls retirees and their families. This was a great opportunity for our members to make a contribution — just show up, do the work, have a good time.

I was able to participate in the Hunger Task Force Food Sort on March 15th. Besides the work — I made boxes for two and half hours or so — I was able to touch base with several former colleagues and meet Johnson Controls folks from Corporate, Power Solutions and Building Efficiency.

And, I wasn’t the only retiree there. Susan Hyzer and Bob Galaszewski have been regulars on this team for some time. Bob was traveling, but Susan was there and she gave me a few tips on the process to help me along. 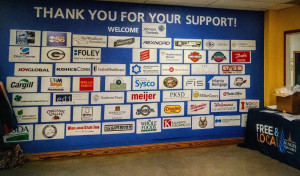 Speaking of process, the work and team were well organized. From the introduction given by the Hunger Task Force team to the group picture taken after completing the work and cleanup, this effort had the look and feel of a well organized project as expected of a Johnson Controls team anywhere. There was no wasted time — this was a high efficiency effort that made the time fly by. The result was that 26,000 pounds of donated food was sorted and boxed in a little over two hours. 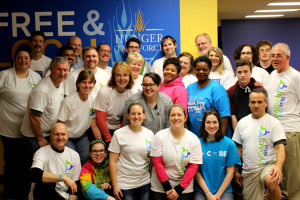 Thanks to Suzanne for inviting us. There are few better things to do than helping people in need get food. The work of the Hunger Task Force is just that kind of high impact community service. It was very good to be a part of it for those few hours on March 15th.

By the way, Suzanne is connected! She’s working on future events and if I didn’t muck it up, we may well be invited to make a contribution. Check back here on the News/Front Page for notice of future opportunities.