Warren Johnson’s son, Carl F. Johnson, passes away at the age of 77 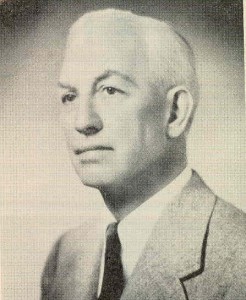 Carl F. Johnson, the younger of Johnson Controls’ founder Warren S. Johnson’s two sons, died on February 2, 1957 at his home in Altadena, California, at the age of 77.

Carl was born on June 21, 1879 in Whitewater, Wisconsin, where his father was a professor at the State Normal School (Warren Johnson’s other son, Paul, was born five years earlier).

Carl went on to graduate from the Massachusetts Institute of Technology in 1901 and, soon after, started with his father’s firm as a salesman in the New York branch office. He eventually returned to Milwaukee, where he became a plant superintendent, a vice president and, in 1912, a director of the company (a position he still held at the time of his death).

Like his father, Carl was an inventor who received his first patent at the age of 15 for a time stamp.  Among his other patents was one for the dual thermostat used for economy heating in buildings during times of low usage.

He also was involved in many other early Johnson projects, including the invention of a pneumatic clock system, development of steam-driven automobiles and trucks, and pneumatic developments in the air conditioning field.

In 1918, Carl moved to California, where he spent the rest of his life pursuing a number of activities, including operating an instrument flight school for pilots, composing music, yachting, and creating a college to train law enforcement officers.