As Johnson Service Company’s (Johnson Controls’ former name) European business activity increased significantly in the years following the end of World War II, the need for wholly-owned subsidiaries in key foreign markets to manage the business soon developed (up to that point, Johnson had been working exclusively with sales agents in Europe).

In 1960, the first two European branches were formed, in London and Paris.  Geneva followed two years later, in 1962.  The Benelux market was growing apace during that time, too, so the decision to form a Belgian subsidiary was made shortly thereafter.

On June 30, 1964, Johnson Service Company’s Belgian subsidiary, Johnson Control Belgique, S. A., was formed, with offices at 207 Boulevard du Souverain in Auderghem (a suburb of Brussels).  The Belgian organization was to manufacture, develop, and trade in various temperature, humidity, and ventilating controls.

Today, Johnson Controls continues to have a significant presence in Belgium, with over 1,300 employees. 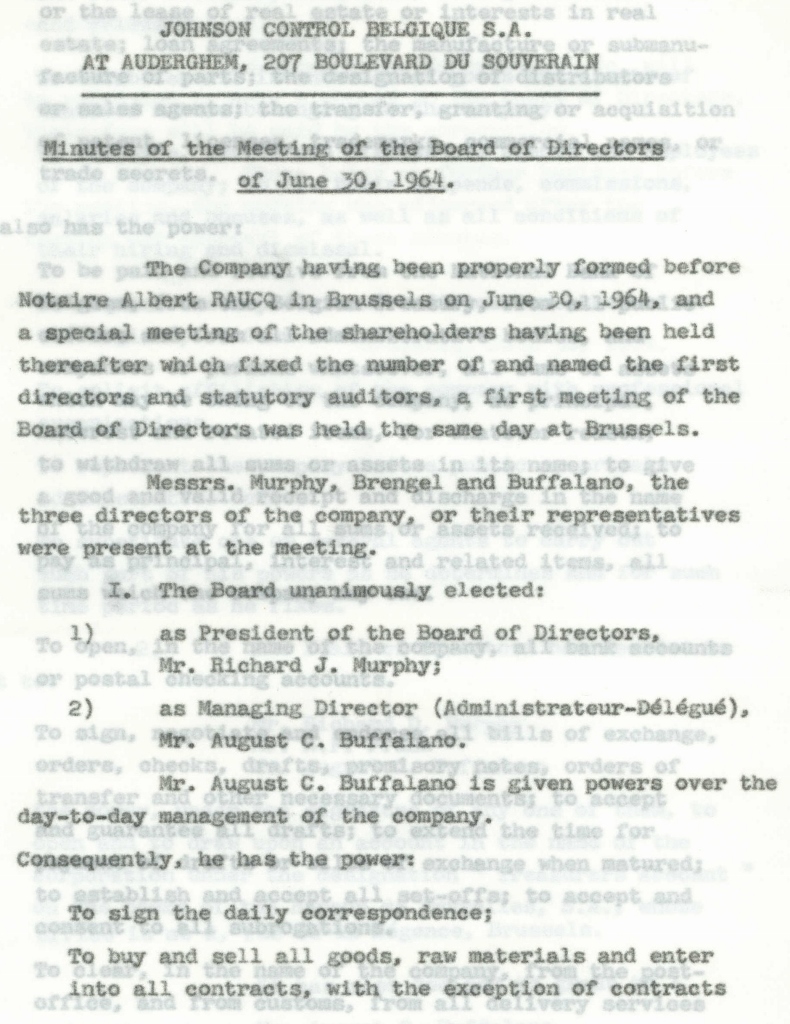 Minutes from Johnson Control Belgique’s first board meeting on June 30, 1964