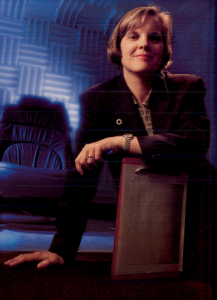 For the first time, passengers in the middle seat were protected with shoulder belts.  These features of the BISS provided additional safety, comfort, and convenience for passengers.

Jay Schultz, Automotive Systems Group vice president of Worldwide Technology, stated that the bench seat system, the first of its kind, was generating great interest from a number of OEM customers.

The BISS was to be included on vehicle models beginning in 1996.