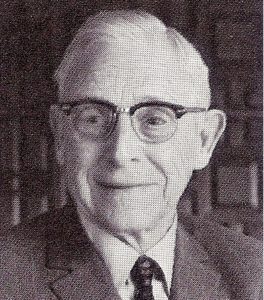 Henry was the president of Village Blacksmith Corporation of Watertown, Wisconsin, a manufacturer of various implements, most notably butcher and kitchen knives.  Upon his retirement, Henry remarked that “my years of association with Johnson [Controls] were as interesting and fulfilling as any man could wish.”

Fred Brengel, company president and CEO at the time of Henry’s retirement, commented that “we extend deepest appreciation for the high standards of professional counsel he gave to the meetings of the board, and for the interest he took at all times in the progress of the company and the welfare of its employees, and for the depth of understanding which he gave to the views of his fellow board members.”

During his time with the company, annual sales had grown from $5 million to $285 million.