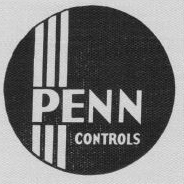 In 1910, Albert Penn became a sales engineer in the Small Motors Division of the General Electric Company (GE). He worked in their Chicago office until 1915, when he was transferred to the Des Moines office.

Penn set up his own company, the Electro Specialty Co., on March 15, 1916 to promote the sale of GE products by packaging them with necessary accessories and instructions. By 1918 this business had become profitable enough that when GE suggested another transfer for Penn, he decided to resign from GE.

Penn, now doing business through Electro Specialty Co., became a sales agent for controls made by the Wilboken Manufacturing Co. of Milwaukee. Although Wilboken cancelled Penn’s agency agreement (despite Penn’s success in selling their products), Penn saw ways in which the Wilboken controls could be improved.

Penn made an arrangement with the Dodge Tool & Die Co. of Grinnell , Iowa to manufacture controls of Penn’s design, which would then be sold through the Electro Specialty Co. In early 1919, the first Penn pump switch, the type S, was ready for sale.

In the meantime, Albert’s brother Ralph was working as a sales manager for the Chicago distributor of the Baker R & L electric automobile from 1912 to 1919. On December 1, 1919, Ralph joined in a business partnership with his brother based on the principles the brothers had learned through experience: selling quality products; maintaining good credit; and being careful in the extension of credit in the sale of goods.

Early in 1921, the brothers began manufacturing their own controls in a factory in Des Moines, Iowa under the name Penn Electric Machine Company.

While the company enjoyed initial success, the postwar recession of the early 1920s caused orders for the company’s control switches to fall off to the point where there were no orders at all. Albert Penn called the company’s seven employees (besides his brother and himself) into his office and told them the bad news. He gave them the choice of moving on or staying with the company at drastically lower wages. Showing their faith in Penn’s ability to get the company back on its feet again, all of the employees chose to stay with the company. Albert and Ralph spent long hours digging up prospects and contacting potential customers. Their hard work paid off, as the years after 1922 saw the company experience continued growth and expansion.

In 1937, the company moved to Goshen, Indiana, and on September 25, 1951, was re-incorporated under the name Penn Controls, Inc. Seventeen years later, the Johnson Service Company acquired Penn Controls.