Hoover, from bearings to PET 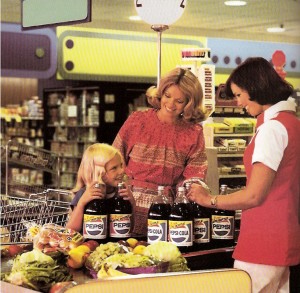 On December 22, 1977, the San Diego Daily Transcript reported that DuPont had signed an agreement with Hoover Ball and Bearing Company that licensed Hoover to manufacture and sell shatterproof, polyester soft drink bottles patented by DuPont. Hoover (acquired by Johnson Controls in 1985) had recently inked a five-year deal to manufacture for PepsiCo the new 64-fluid ounce (or two liter) polyethylene terephthalate (PET) bottles.

The containers made with the new PET technology proved highly popular with consumers, as the bottles were lighter and did not shatter when dropped.  The new bottles also took less energy to process than non-returnable glass or metal containers and could be recycled for nonfood contact products.