The United Nations (UN) officially opened its permanent headquarters on international territory within New York City on May 18, 1951, when it moved from temporary headquarters in Lake Success, New York.

The Johnson Service Company (Johnson Controls’ former name) installed the thermostats used to control the over 2,500 individual room air conditioning units used on the periphery of the 39-story Secretariat building (the largest of the five buildings which make up the headquarters complex). The interior sections of the building using central air conditioning were also controlled by Johnson room thermostats.

The United Nations was founded October 24, 1945, after the Charter of the United Nations had been ratified, as the successor to the League of Nations.  Its stated purpose is to facilitate cooperation among nations in regard to international law, international security, economic development, social progress, human rights issues, and achieving world peace.  San Francisco, Chicago, Philadelphia, and other sites were proposed for the UN headquarters before the site on Manhattan was chosen.  John D. Rockefeller, Jr., purchased and donated the 18-acre site used for the headquarters. 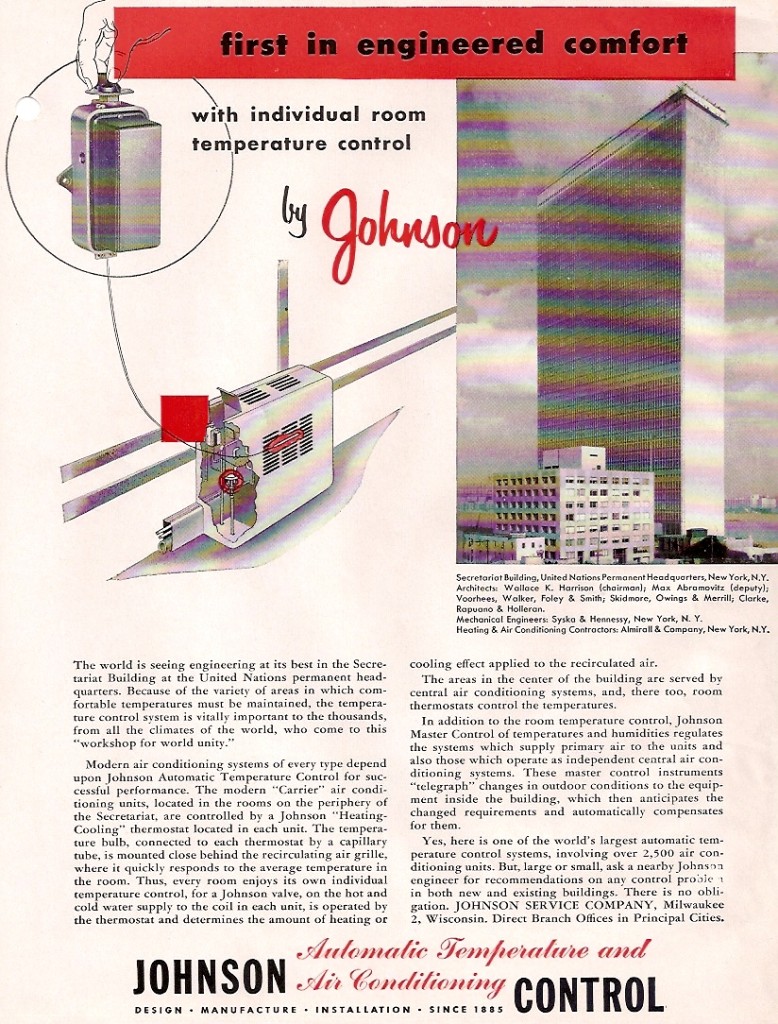