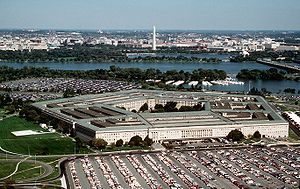 On April 5, 1988, the Milwaukee Sentinel announced that Johnson Controls had formed a “Defense Systems Group.” The Group’s primary role was to assist the U. S. Department of Defense (DoD) in the reduction of its utility bills worldwide.

At the time, the DoD was responsible for 81 percent of the federal government’s energy consumption, thus making it, by far, the largest consumer of energy within the federal government.  James Wilson, Johnson Controls’ Vice President of Field Operations, said that the Defense Systems Group’s plan was “to become a major provider of building controls and services for the Department of Defense.”

Wilson continued, “All branches of the military have aggressive goals to reduce their energy consumption, and we feel we can help meet those goals now and in the future.”

Wilson named Bernard Meyer to head the new Group, which was to function as both a prime government contractor and a sub-contractor.  The new Group reflected a consolidation of the Systems and Services Division’s Special Systems Operation and the Federal Systems Group.