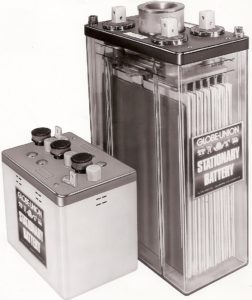 The $350,000 contract called for seven battery systems to serve as back-up power for Indiana and Michigan Electric Company’s plant, then under construction in Rockport, Indiana, southwest of Indianapolis.