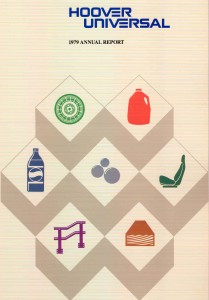 On April 29, 1979, Hoover Universal announced it had entered the sporting goods market by assuming the product line of Foster Associates of Manchester, New Hampshire.

Hoover hoped to capitalize on the surge in organized softball and baseball leagues in the 1970s.  Hoover’s cellular plastic parts division equipped its Michigan operations for the production and distribution to the sporting goods industry of urethane game balls.  A wide range of softballs and baseballs would be molded in one piece from urethane with a molded-in stitched seam.  They would be used primarily by schools and colleges for practice sessions and in pitching machines, and by professional pitching range operators. The increased cost of leather in prior years had priced leather-covered balls out of the pitching range and school practice session markets, where the superior durability of the urethane balls was an advantage.

When Johnson Controls acquired Hoover in 1985, it entered the automotive seating business that continues today with the Automotive Experience business unit.