A winter day in Milwaukee, good friends, and a great meal at Alioto’s, what’s there to complain about? Sixty-three of our members got together for lunch to talk about whatever was important at the time, and there was a good amount of discussing going on. I had an idea about making some announcement early in the program, but looking over the group in active talking, I forgot that idea very quickly!

Kristin Guadagno and Philip Holahan of Fidelity Personal Investments gave us their view of the current state of the market with the logic behind it. The role of the housing market and the connectedness of the global economy were of particular interest to me. John Pozorski, a person I trust in matters like these, felt the talk was the best he had heard on the subject. It can’t get much better than that. 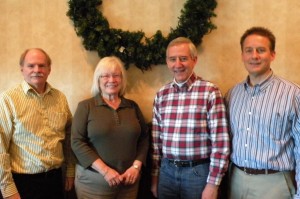 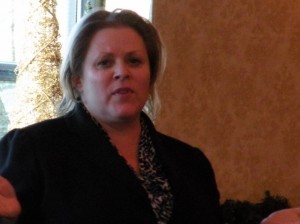 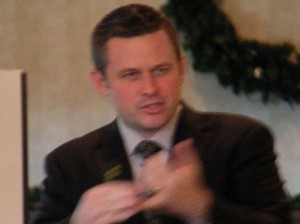